On 20th April 2008 the aroque Violin Introduction Stage took place in Sóller. This stage was organised by Barroc Mallorca, an initiative of the Mallorcan violinist Blai Justo.

Blai Justo, an internationally recognised baroque violin specialist, has directed and taught the stage with the aim of making baroque music known in its most authentic aspect, as it is currently performed in Europe, following the interpretative criteria of the period.

The number of participants exceeded the organiser's initial expectations. The organiser was very satisfied with the level of preparation and the motivation of the students, coming from inside and outside the Balearic Islands.

The stage ended with a concert in which the participants were able to put into practice the progress made in the interpretation of the baroque repertoire. The teacher gave the necessary explanations so that the audience could appreciate the proposed repertoire, composed of works by Cima, Fontana, Uccellini, Corelli, Telemann and Marini.

The reactions of the participants have been very positive. They have all appreciated the initiative and have asked for this first contact to be followed up in the future with longer stages. Blai Justo hopes to receive more help from institutions dedicated to the dissemination of culture. For this first stage, he has been able to count on the collaboration of the Sóller Town Council. 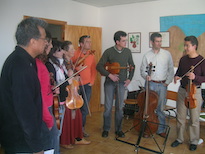 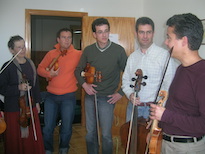 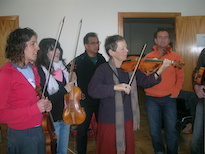 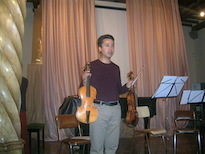 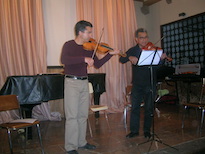 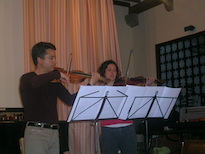 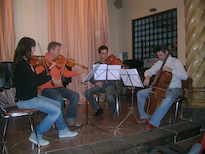